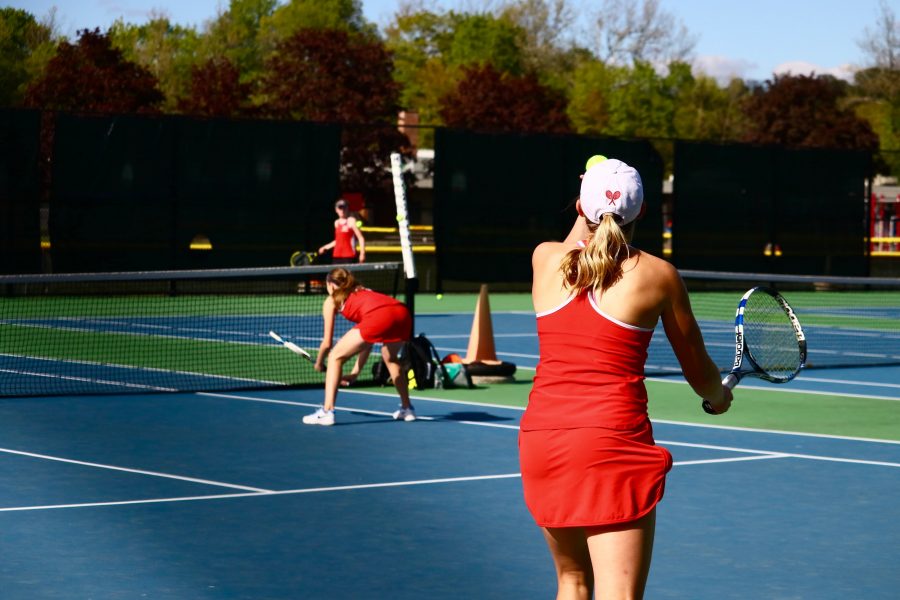 Paige Larkin and Jessica Coughlin, senior tennis players,  have demonstrated their full potential and love for the game on the court this season. The girls’ determination is mirrored in their undefeated record of 20-0 for their doubles matches in the regular season. Their winning streak continues not only with the first round of the Shoreline Championship and the the semi-finals but with a Shoreline finals trophy that they brought home on May 26. The end of their season came after they lost to Stongington in the third round of States on May 30th.

Their success is continued from last year, when Jess and Nikki Woznyk were also undefeated the entire season, while Paige and Christina Rizzo were undefeated until they lost to Jess and Nikki in the second round of Shorelines.