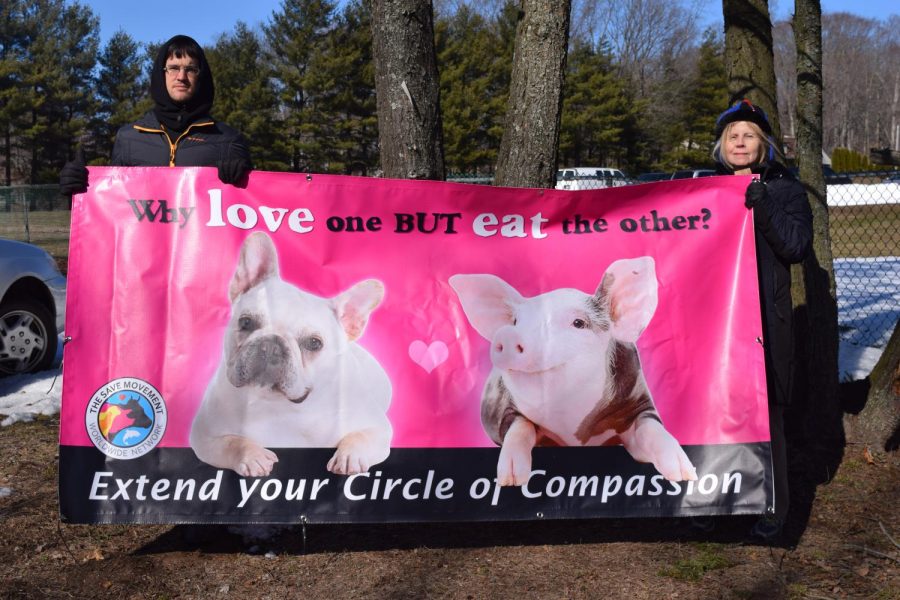 On Monday, March 19 at 2 p.m., two protesters against animal cruelty stood outside of the Middlesex Livestock Auction in Middlefield.

The two activists held a sign advocating for rights for all animals, including livestock sold weekly at the auction. Both objectors were from the Connecticut Save Movement, made up of strict vegans who believe every animal’s life matters.

“We would like people to stop eating animals,” said Alexander Herpst. “There’s no humane way to kill a sentient being.”

The two plan to attend the weekly auction as much as they can and firmly believe that pets are just as important as auctioned animals such as pigs. As he talked about the need for animal equality, Herpst brought up the recent event of a dog being shoved and killed in an overhead bin in a United Airline plane.

“People get all upset about the dog in United Airlines,” said Herpst, “but a pig is just as smart as a dog is; they’re just not as pretty.”