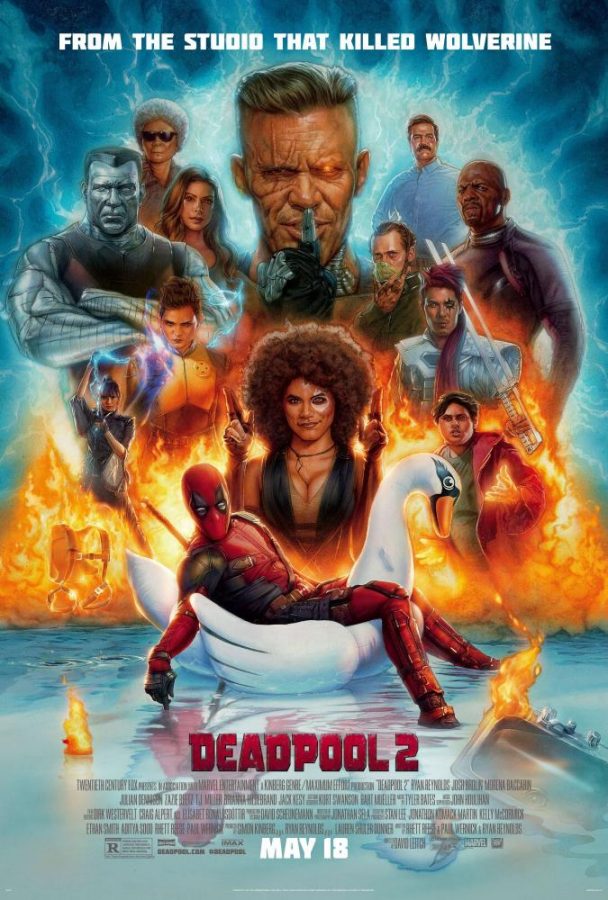 Even though Deadpool 2 was released in between the film with the largest box office in history (Avengers: Infinity War) and the newest addition to the largest film franchise in history (Solo: A Star Wars Story), it will undoubtedly stand out in the years to come. This film, unlike the other summer blockbusters that have been released, is not afraid to use an R-rating proudly and take advantage of it in nearly every way imaginable. However, the writing in this movie never feels explicit for the sake of being explicit; it actually feels like it is doing justice to the source material of the comics in a way that is thrilling, hilarious and fun the entire way through.

Deadpool 2 is not without its flaws. For instance, the plot in this movie is not perfectly paced, and some scenes in the movie feel a little bit drawn out. These scenes are few and far between, though, and they ultimately do not take away from the fun you will most likely experience while watching this movie. The story consists of Wade Wilson trying to find his place in the world after a life-changing event,  and he decides to become a true hero and join the X-Men. After failing to do so because of his violent and crude personality, Wade decides to form his own team of heroes, a more aggressive and rambunctious group, known as the “X-Force.” New characters that are introduced are extremely likable, with the additions of people like Domino and Cable. Unlike the first film, this movie’s side characters feel like welcome additions to the atmosphere, as they add more layers of humor and action to the film.

The humor in this film is consistently funny, and although not all of the jokes land, we were laughing out loud multiple times in the theater. Some people may not find Ryan Reynolds’s sense of raunchy low brow humor to be entertaining: the self-aware criticisms of his past career, poking fun at the superhero genre as a whole and even the movie’s competitors (referring to the jab at the DC film universe) may come off as obnoxious to some. Humor is ultimately subjective, and not all will enjoy this movie’s sense of it. It is not by any means “clean” or “family friendly” humor.

The action in this film is surprisingly fantastic. From the director David Leitch (creator of John Wick and Atomic Blonde), there is clear experience in how compelling action sequences are made. The first 15 minutes of this film are an absolute blast, with all of the over-the-top action sequences preparing you for what is in store. These well shot and ridiculous action scenes are sprinkled throughout, and it makes for a thrilling experience.

The acting in this movie ranges from spectacular to passable. Ryan Reynolds provides the best representation of Wade Wilson as a character, and without him providing the humor and energy in many of these scenes, this movie would be significantly worse off. Reynolds is one of the main reasons why this film is so enjoyable to watch. On the other hand, characters like Russell (played by Julian Dennison) are somewhat lacking, and the scenes where he is given a lot of dialogue suffer because of it. These scenes with child actors running the show are the least enjoyable scenes in this entire movie. His dialogue kind of drags out, and when he is supposed to deliver a punchline of a joke, it often fell flat. It only moderately detracts from the overall experience, though, as most of these child acting scenes are in the first act. You will most likely forget about these slower scenes by the end of the movie.

The soundtrack in this movie, similar to the whole project, is absurd in its own right. Most of the songs that are used in this movie are complete memes, with examples like “Take On Me, Bangarang, X Gon’ Give It to Ya”, and several other examples. Hilariously enough, Deadpool 2 is actually the first movie with an original score to have a parental advisory slapped on the album. (According to slashfilm.com’s article about such topic.) This soundtrack adds to the tone and overall lighthearted mood of this film, though, and it is a pleasant addition.

Deadpool 2 is a sharp, fun comedy with gripping action sequences and a clever sense of self-awareness that makes this movie very respectable. It will definitely stand out as a memorable superhero movie because of how different it is from its competitors, If you enjoyed Deadpool, you will without a doubt be satisfied with this movie as well. To conclude, we feel this movie deserves a solid 7.5/10 rating, and a must-see for Deadpool fans. 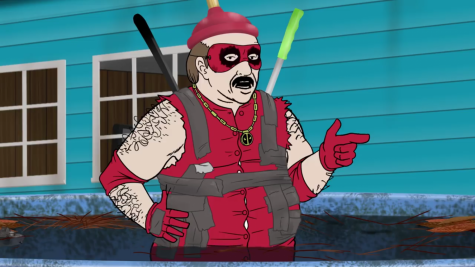