As the Show Choir, Jazz Band, and A capella (Nothin’ but Treble and No Refund) concert comes up on Jan. 11, the ever-present debate about if Show Choir could become a physical education elective continues. The group sings and dances at the same time, performing rehearsed routines set to choral numbers. I personally think that Show Choir should become a PE elective because of the time spent rehearsing and how that is more active than some PE electives, in terms of the hours of exercise. 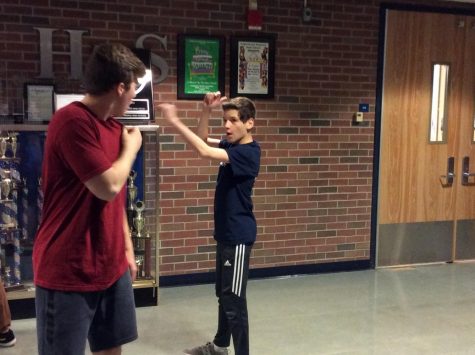 Show Choir is more active than one might think. Senior Kylie Poggio, one of the Show Choir captains, stated, “I almost leave every day sweating my butt off in Show Choir.” Kiyah Reynolds, a junior

in Show Choir, agrees with Poggio: “I put a lot of work into it, and I work harder the majority  of the time in Show Choir than in other gym electives, and I feel the outcome of this work more.” It even is more active than some sports. Poggio also said, “We’re moving all the time. In baseball, you might just be standing in the outfield. Everyone’s moving, no matter where they are in the dance.”

Sure, PE electives like the team sports (court and field) are active, but the likes of body sculpting and racket sports may not fulfill the physical activity amount of  credit needs, but Show Choir clearly makes

the does. The physical need of stretching has also been introduced to Show Choir members: the athletic trainer attended a recent rehearsal and taught the group how to stretch properly for the areas of the body used in rehearsal. Singing, the most vital part of Show Choir, is actually exercise itself. Singing is basically one big inward crunch, so singing actually works your abdomen.

Show Choir time commitment is also poignant in why it should become a PE elective. Before the school year even started, the group had two 1 hour and 45-minute rehearsals. Show Choir also met three times per week for 1 hour and 45 minutes before the Durham Fair, which equals 26.25 hours. A normal PE elective meets for 27 hours per quarter. So just before the fair at the end of September, Show Choir almost equaled an entire PE elective for its time commitment in only five weeks. Also, Show Choir continues to meet for two 1 hour and 45-minute sessions per week after the fair, so it would be way more than a normal PE credit in terms of time.

Although there are many reasons to add Show Choir to the PE electives, some people don’t think it fulfills the requirements. Freshman Rachel Sorensen states, “It’s more music-centered than physical activity.” 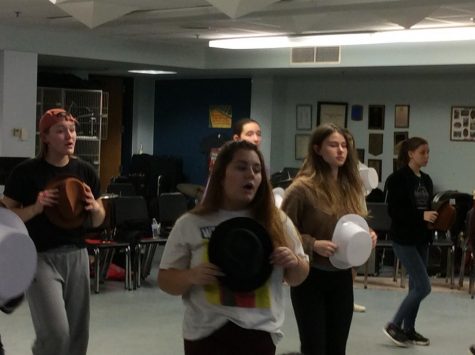 Show Choir should be an elective because the physical requirements and time commitment involved in the group are enough to warrant an athletic credit. Emmy Dell’Orfano, one of the captains, sums it up perfectly,”Between practicing and rehearsals, we put as many hours as athletes.”