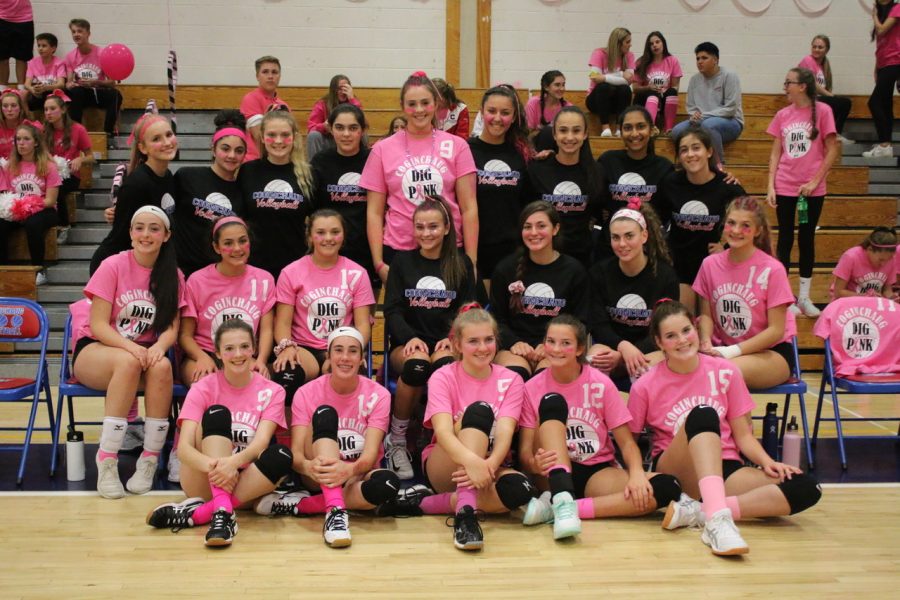 On Friday, Oct. 19, Coginchaug volleyball held their annual Dig Pink game. At the game, the Devils crushed Morgan within the first three sets (25-6, 25-22, 25-20). Both captains were ecstatic about the crowd turnout and are proud to have raised over $1,000.

“I think having everyone there kind of helped with the energy and keeping our team up,” said senior and co-captain Molly Shields.

“I enjoy raising all the money for everyone and setting up for it,” said senior and co-captain Sydney Fowler. “There’s always a lot of hype and excitement around it, and then all the people that come out to support. Everyone pitches in and makes a poster; everyone brings something to decorate and bakes something to sell.”

“I like doing it because when I play, I play for my nana because she had breast cancer three times,” said Shields. “It’s nice to commemorate the people who have had cancer or passed away from cancer or survivors.”