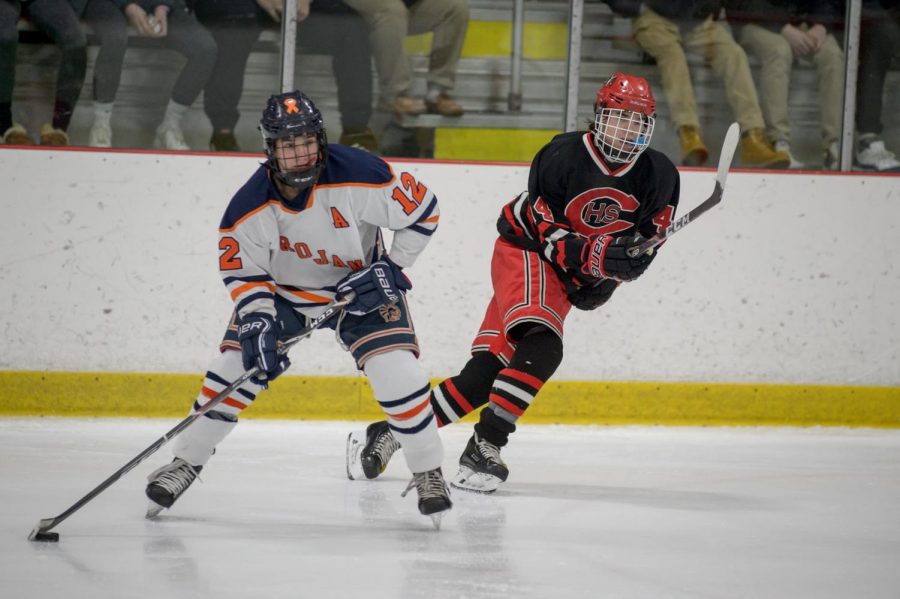 The Lyman Hall boys ice hockey team who is co-op with Coginchaug and Haddam-Killingworth is off to an exceptional season with a record of 7-4-1. Captains TJ Isleib from Coginchaug, Matt Petit and Connor Chordas from Lyman Hall, and Mike O’Toole from Haddam-Killingworth are leading the team with a six straight wins after starting off the season slow with three straight losses.

Last season, the team won the state championship and were excited to start the new season hoping to win another. Islieb describes the team this season as “get it down by committee.” He also mentioned a couple of star players on the team who are TJ Arduini, Matt Pettit, and Aidan Weir.

Thursday, Feb. 20, 2020, players from last season were recognized during the boys basketball game with a banner at halftime for winning the state championship.

On another note, on behalf of Coginchaug players both Josiah Martinez and TJ Isleib, Isleib said, “I would love to see more Coginchaug students at games; it seems like nobody comes to the games anymore.”

The boys are excited for the rest of the season and have high expectations set for themselves. There are a couple of games left in the season to attend! http://stats.ciacsports.com/cgi-bin/schedule-1920.cgi?school=LymanHall&sport=boys-icehockey&levels=V